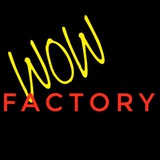 Your guide to the most amazing, beautiful and interesting things in this world. Something worth living for.

The juvenile sabre-tooth was originally described and the species name A. cornuta was given. Only fifty years later were caught adults, which were so different from the juveniles, that scientists even picked up a special name for it and for 50 years considered it another species - Caulolepis longidens