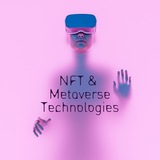 Main news and technologies in NFT, Metaverse, P2E and crypto world. And also only best NFT collections checked by our experts and analytics are waiting for you!

Hot week of minting NFT collections ahead — don't miss out!

Coinbase, one of the leading cryptocurrency exchanges in the crypto industry, has halted the transfer of NFTs on iOS.

The decision to disable the send NFTs feature in Coinbase came after 🍏 Apple blocked the crypto platform’s app release over demands that gas fees 💰 be paid via the app to allow for a 30% cut for the iPhone maker.

📌 Apple charges a commission to apps for every App Store in-app purchase, including from subscribers. This fee stands at 30% and is dubbed “Apple Tax” within the online community.

The company wants Coinbase to make it possible for the surcharge to happen, but as noted, the crypto exchange says this cannot work ❌

As a result, 📱 iPhone users won’t be able 🤷‍♂ to send or gift NFTs to other wallets. It also harms innovation across the ecosystem.

📣 It is argued that a solution to the dispute is in search. Likewise, it is likely that such restrictions for iOS users are temporary.
Читать полностью
4313
NFT & Metaverse Technologies
Дек. 4, 2022, 19:12
BTP CRYPTO PUMPS & SIGNALS
We offer short crypto pumps & signals 28-30 times per month. 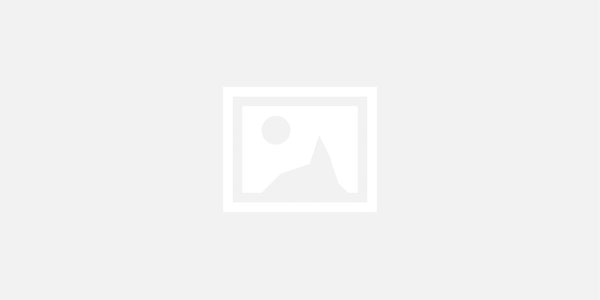 The Alteon LaunchPad program, which will soon be integrated into the crypto browser, can convert any images and upload them to the blockchain using a smart contract.

To do this, according to the developers, it is enough to drag the image into the Alteon program window and start the file processing.

This opens up great opportunities for artists and designers. Users far from Web3 will be able to digitize and copyright their works in a matter of minutes.

But the questions remain open:

❓ Is Alteon LaunchPad able to determine who owns the file that is offered for uploading to the blockchain?
❓ What about those drawings and photos that are already millions of gigabytes on the Internet and whose authorship is not yet known?
❓ Will everyone be able to assign authorship to them using this program?

🗣 It seems the principle of "first come, first served" can be activated in the NFT ecosystem 😅

⚡ ApeCoin ($APE), the Ethereum-based token created for the growing BAYC ecosystem, is outperforming most major cryptocurrencies during the 🕛 last week.

📈 It’s now up 31% over the past seven days, with the increase coming ahead of the launch of ApeCoin staking rewards 🎁

💰 The token is currently priced at $4.15 and has rebounded since hitting an all-time low price of $2.63 on 📅 November 14 amid the fallout from the collapse ❌ of crypto exchange FTX.

💹 Over the last week, only three other coins or tokens in the top 100 have posted larger gains—including leading meme coin 🐶 Dogecoin.

❗ Staking is a common process among crypto process that lets token owners earn rewards by locking up and holding their assets using a specialized smart contract. Smart contracts are essentially the software that powers decentralized apps and NFT projects.
Читать полностью
4888
NFT & Metaverse Technologies
Дек. 1, 2022, 21:12
​​Friends, do you get hangovers from the NFT and metaverse? 🤔

Hangover in Metaverse 👉 is the first ru-language channel with objective analytics, reviews and forecasts in the industry. This will definitely not give you a hangover!

After all, the author has a lot of experience, which he describes in his interesting posts. No intrusive advertising or other garbage ❌

🤔 Interestingly, while the total number of daily new NFTs on Solana grew in Q3, secondary sales volume on the network fell by 62%. Messari highlighted in the report that this could have been due to macro forces that could have stalled the secondary market as unique sellers outpaced buyers.

🔥 Mech.com is a web3 browser-based game where you can battle, build, and earn inside the Mech metaverse. You will be able to choose from a variety of 🕹️ games to play from racing, MOBA, third-person shooter, and hyper-casual, among many more. You will have the ability to create your own games and NFTs using our built-in creator tools 🛠

🤑 The merch's team have raised $6 million 💰 in VC funding and has done 11 sold-out NFT sales to date ➡️ they decided to give back to the community by giving away 10,000 FREE MECH NFTs 🥳

Hangover in Metaverse 👉 is the first ru-language channel with objective analytics, reviews and forecasts in the industry. This will definitely not give you a hangover!

After all, the author has a lot of experience, which he describes in his interesting posts. No intrusive advertising or other garbage ❌

Game7 has launched a $100 million grant program 🤑 to accelerate developers who are making Web3 games.

The $100 million in grants will be deployed over the next 📅 five years at a rate of $20 million per year.

Grants will be distributed to Web3 gaming projects across five categories:

This is the kind of thing that blockchain game studios need now, as the crypto ❄️ winter, the economic downturn, and gamer hostility to Web3 is taking its toll.

We want to introduce you to an interesting channel that publishes daily fascinating posts on a variety of topics:

👉 We recommend Metaverse itMetaverse it! Don't waste time and join in! 🚀

Axie Infinity, the top metaverse game, has released another update with regard to its famous experience ➡️ Origins.

The game released an off-season patch to give more experiences to players, allowing them to earn more 🏆 rewards in the process.

New features have arrived, and new game mechanics are present 🥳 in this off-season patch. Also, these features have covered areas including charms, energies, and 🩸 Blood Moon. Axie Infinity has also responded to bugs relating to game hanging and in-game 📥 mail.

Additionally, the overall user experience has been improved. Now, there are new VFX effects ✨ as well as newly aminated elements of the game. Similarly, players will be able to manage their 🕹️ games effectively, leading to a better quality of life on the platform.

With enough consideration for other new mechanics, the Base HP of NFT Axies are now 💹 increased. While maintaining the original game idea, this new development will help players to keep up with the game’s pace. Basically, this will extend the survival limit of Axies in ⚔️ battles.

⭐ Industry expresses confidence in the NFT space amid the FTX collapse

Despite the troubles brought about by the FTX debacle, NFT industry players continue to have hope in the space. An executive at NFT platform Enjin, says the 👨‍🚀 space will stabilize and consolidate around the strongest communities. By then, the space will see a second generation of “smarter, more sustainable NFT models.”

The award was announced on 📅 November 18th at a ceremony in Abu Dhabi.

Christie’s has announced a new NFT auction ahead of the Miami 🌴 Art Week. The move comes in defiance of the current market uncertainty surrounding NFTs and the crypto space.

Christie’s next Web3 move will see it display 15 NFTs. The auction will be held from 📅 November 30th to December 7th The upcoming auction shows that the bear market isn’t worrying this auction house.

At this point, we conclude our digest for today! Stay tuned for more interesting and useful stuff in the world of NFT and metaverses 👋
Читать полностью
3903
NFT & Metaverse Technologies
Ноя. 27, 2022, 15:11
It's about priorities 😂

⚡ Some blockchain gaming projects are moving forward with their roadmap plans, while some have ongoing events.

🕹️ Here are 5 play-to-earn games with something going on this 📅 December!

1️⃣ ILLUVIUMILLUVIUM — is an open-world 3D RPG adventure game on the Ethereum blockchain.
2️⃣ GODS UNCHAINEDGODS UNCHAINED — is one of the largest crypto and blockchain projects in the p2e ecosystem.
3️⃣ ALIEN WORLDSALIEN WORLDS — is a metaverse game, where players can of course earn NFT's by mining the token, battling other explorers, and earning commissions from their virtual real estate.
4️⃣ SPLINTERLANDSSPLINTERLANDS — is a p2e card game, which similarly to Gods Unchained it provides a platform to play, earn, and trade, with the advantage over GODS of having a mobile version.
5️⃣ AXIE INFINITYAXIE INFINITY — is the king of the p2e kingdom, and it’s not planning on giving up the throne anytime soon.
Читать полностью
4116
NFT & Metaverse Technologies
Ноя. 25, 2022, 17:11
​​💰 DWF Labs announces strategic investment in MAD Metaverse

📌 MAD Metaverse is a P2E blockchain metaverse where players can own NFT characters and earn $BIOMETA$BIOMETA tokens on the Ethereum and Polygon networks. Player avatars are called MAD Metascientists, which are unique NFTs with various attributes. The game is available to play on PC platforms.

🔎 The venture company focuses on investing in and supporting top-notch cryptocurrency projects poised to become leaders and innovators in the Web3 space.

👇 The firm will support MAD Metaverse by:

🥳 Welcome Uchi Labs — a P2E development company that has no limitations, no rules, and no boundaries ❌

✅ Working with passionate people to Build Something Better in Web 3.0, Uchi Labs is far beyond imagination that is desperately working to bring innovation and evolve with the DeFi trends.

💪 A project team of intellectual and experienced enthusiasts working with passion to bring something great to NFT space.